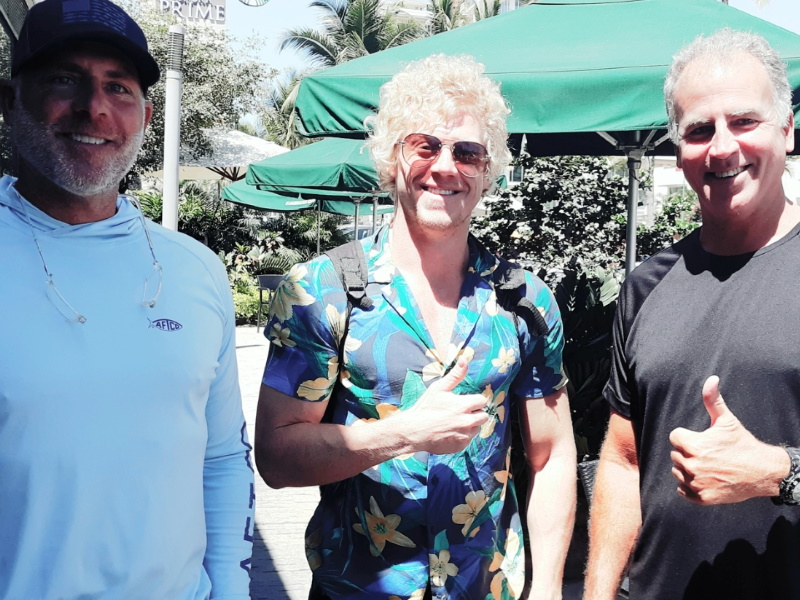 Many people find Puerto Vallarta a hidden paradise. It shares the mysteries that are the foundation of the Mexican soul, attracting artists, intellectuals and celebrities from around the world.

This attraction, this love, that people end up feeling for Puerto Vallarta is perfectly symbolized by the number of international personalities that visit its exotic landscape and powder soft beaches every year. Ever since Elizabeth Taylor and Richard Burton, the most famous celebrity couple of the twentieth century fell in love with Banderas Bay, Puerto Vallarta has continued to attract international stars.

A lot has changed since Taylor and Burton graced the cobblestone streets of Puerto Vallarta almost 60 years ago.

YouTube has produced a new generation of celebrities and influencers that have turned posting videos online into lucrative full-time careers. Influential YouTubers are frequently described as micro celebrities. Micro celebrities do not appear to be involved with the established and commercial system of celebrity culture but rather appear self-governed and independent.

William Taudien is a YouTube personality temporarily calling Puerto Vallarta home. William has successfully harnessed the video-sharing platform to build his following and brand with nothing more than a video camera, drone and a solid internet connection. He has been traveling the coasts of Mexico over the past year exploring and documenting its diverse landscape and culture. He takes viewers behind the media headlines on a funny and entertaining trip of what life is really like in Mexico.

Prior to William’s internet, celebrity status he achieved athletic success in his home town of Eskilstuna, Sweden. William comes from a family of gifted athletes which helped earn him a NCAA Division 1 scholarship in 2009 to attend Texas State University as a middle distance runner. It was there in San Marcos, Texas that he immersed himself in learning experiences that allowed him to flourish creatively. After completing his bachelors degree in Graphic Design & Visual Arts, he worked the oil fields of Texas for a year to fuel and fund his passion for travel. William briefly explored the Florida panhandle and the West coast of the United States before returning home to Sweden.

After a few restless months of cold and endless days in the Land of the Midnight Sun, William packed his possessions into a single bag and set out to explore the world. He started celebrating and documenting his travels with a simple GoPro camera while living and working in countries such as Malta, Vietnam, Thailand, Bali, The Philippines, Australia, Fiji, New Zealand, Japan and Greece.

It wasn’t until he purchased professional video production equipment and left for Mexico that he turned his passion and creativity into a career and lifestyle. William is now a full time digital nomad making a living from his channel and gaining new followers all the time with his handy tips and honest review of places he visits. His YouTube videos over the past year have taken thousands of viewers all over the world on an entertaining journey along Mexico’s east and west coasts.

William has had a positive impact on the communities he has visited, from the iconic and famous to the undiscovered. He has also built a YouTube community interested in his content and work with high production value as a genuinely talented, entertaining host. He is relatable and authentic, easily recognized in his bright floral shirts and Nordic sense of humor.

As most YouTubers would be considered entertainers, and the top YouTubers are definitely well known among certain demographics, I think they satisfy the definition of celebrity. I think the appropriate word would be “Internet celebrities”. They do have fans and they mostly get recognized in public. As the platform of YouTube continues to rise, so do its content-makers.

I highly recommend you check out his channel and subscribe to be inspired by travel and stay curious and connected to Puerto Vallarta and the rest of Mexico.